Do You Play With Sound? 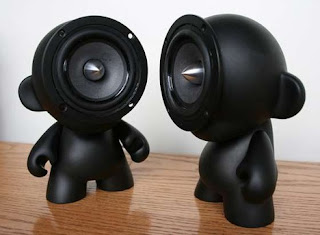 One aspect of video games that I haven't mentioned very much in my blog posts is the sound. That is because I rarely play my games with the sound on. As a matter of fact, the first thing I do when I try a new game is look for the options menu so I can press Mute. There are games that I've played for months and then read reviews commenting on how wonderful the music and sound effects are, and then it hits me that I have never even heard the music.

Why do I mute the sound on games? I do it for a variety of reasons. Ever since the release of the original Sim City, the prime time for me to play games is late at night while my husband and kids are sleeping. I don't want to disturb the quiet of a sleeping house with a bunch of bleeps and bloops. When I play games during the day, it is usually while I am talking to someone or watching TV, so the game sounds would be distracting. What about when I'm playing alone? Well, I could listen to the game soundtrack then, but I am so accustomed to playing without it that the music becomes monotonous to me after a few minutes.

I am making more of an effort to play with the sound on these days because I feel like I am missing part of the game experience. It never bothered me before, but as games become more complex the sounds become more sophisticated. I don't want to miss anything!
Posted by Dani In NC at 4:30 PM

Email ThisBlogThis!Share to TwitterShare to FacebookShare to Pinterest
Labels: Musings